Tom Rhys Bishop
Why do some parts of the globe have more species than others? The tropics and lowlands teem with life, but the polar and mountainous regions have few species, and comparatively less biological activity. Through my research, I am trying to further our understanding of the processes that drive these kinds of patterns, and in turn, what consequences they may have in the face of global change.

There are three heavily interlinked themes to my research: 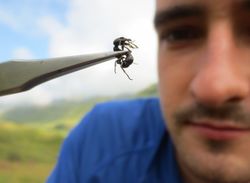 Ants on mountains
I often study ants (Hymenoptera: Formicidae) on mountains to answer my research questions. Ants are diverse, with over 15,000 species described worldwide and are highly abundant across the planet. They also play important roles in a variety of ecosystem processes in nearly all terrestrial habitats. Mountain environments make up around 20% of the Earth’s terrestrial surface (depending on how you define mountain!) and are hotspots of biological diversity. Furthermore, they act as natural ecological laboratories by providing large changes in environmental conditions over relatively small distances.

I have previously worked on how temporal variation may help us better understand spatial diversity patterns in mountains and also how ecological communities may change in response to elevation.
Thermoregulatory constraints on biodiversity
Temperature is important for life at all scales – it drives metabolic rates and cellular processes, and often strongly corresponds with species diversity at the regional and global level. Much of my recent research has focused on how different morphological or physiological adaptations to temperature influences when, where, and how many species can exist. 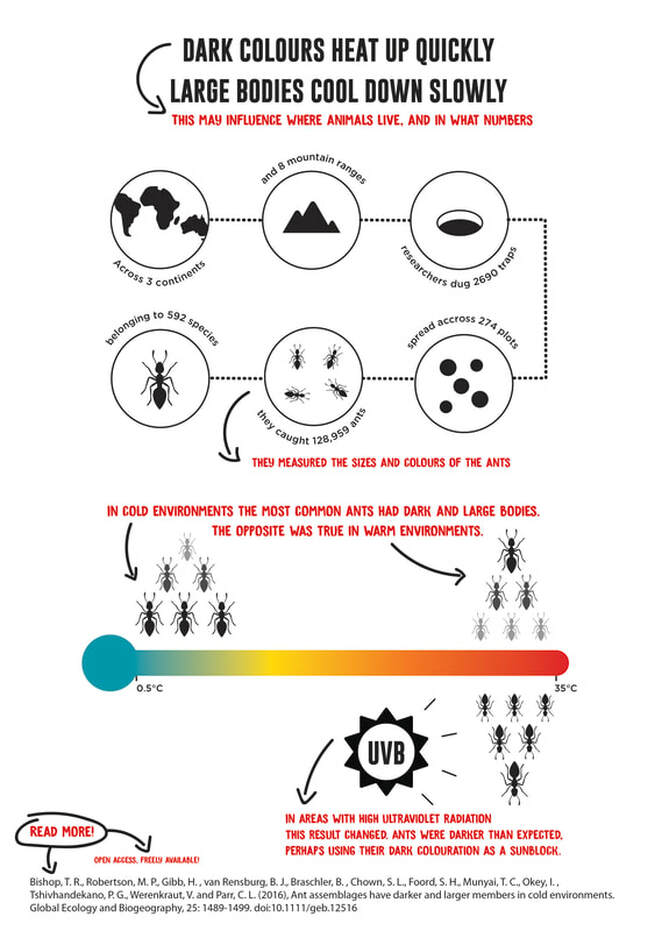